. . . all that we have is what little he chose to preserve. Of the rest, songs of his youth and cynghanedd verse of his maturity, he left no trace . . . when he died

Edward Richard lived in a small thatched cottage, and sold ale to within three years of his death.  Mr (John) Williams who succeeded Mr Richard at the free School has built himself a good House out of the stones collected from the ruins of Ystradmeurig Castle. 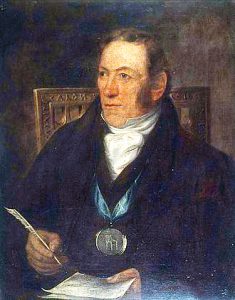 . . . Lewis Morris had two sons under Richard at School. They were quite evidently boarded by Richard in his house and Morris paid Richard £12 a year (for their tuition and keep). There is reason to believe that other boys were also boarded at the master’s house . . . Richard’s mother had the care of the boarders and she had a housemaid to assist her ; (she) also kept an inn and ran the house for her son. Taverns, I am well informed, in those days, were, in these areas at least, rather big houses. Now the house at Henblas, a fairly old building, is capacious and it is known that a tavern was kept there at the latest around the commencement of the 19th century, and inns are, generally speaking, establishments of long standing. In default of better established claims, I would incline to the view . . . that Richard’s home was more probably at the present Henblas in the face of it being at the material times a tavern and the fact that Richard kept boarders.

. . . James Lloyd of Ffôs y Bleidded in the County of Cardigan Esqr. on the one part, and Gwen Edward widow and Edward Richard Schoolmaster of the parish of Spytty Ystradmeuric in the said county on the other part.

A gentleman as eminent for his talents as he was for the principles which guided them . . . He was bred to the law, which his comprehensive mind obtained a thorough insight into, in a degree few men could equal. The clearness and perspicuity of his genius, and his manner of expressing himself, were the admiration of every one who consulted him . . . his peculiar eloquence caused him to be a fascinating companion in whatever society he intermixed . . . being a man endued with the soundest virtues, talents, and integrity ; and indefatigable in the transaction of any business which engaged his capacious mind. 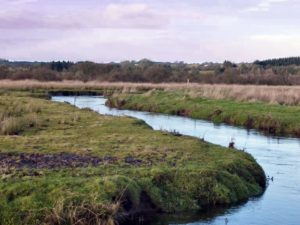