Who blessed the ford and gave the village its name?

The village of Rhydfendigaid is situated a mile west of the remains of Ystrad Fflur, an old Cistercian abbey founded in 1164, and  sited near the headwaters of the river Teifi. To the east are the Elenydd mountains where the Teifi has its source in Llyn Teifi. The river flows westward through the village to Cors Caron, where it turns south on its way to the sea at Aberteifi (Cardigan). 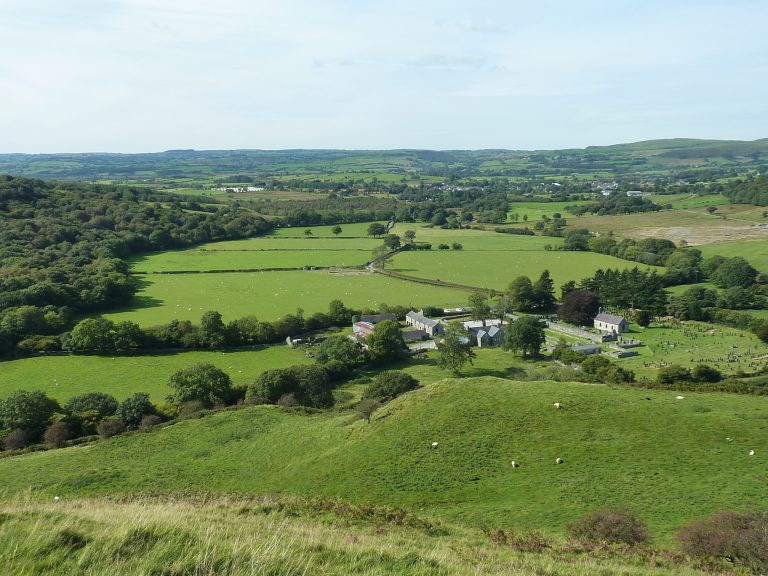 The Great Abbey farm, the Abbey ruins and the parish church on the right

According to the ‘Dictionary of the Place-names of Wales‘ [1], the name Rhydfendigaid may be traced back to the time when the original ford through afon Teifi was blessed and used  by the Cistercian monks of Strata Florida (Ystrad Fflur). This is the generally accepted explanation.

S. M. Powell, however, suggested, somewhat tentatively, in a paper published in the Transactions of the Cardiganshire Antiquarian Society in 1931 [2], that the holy ford (y rhyd fendigaid) was not on any pilgrim route to Ystrad Fflur, and that the name Rhydfendigaid, possibly, predates the founding of the abbey in 1164. According to S. M. Powell, the name could well have its roots going back to an earlier religious house which stood on the banks of the river Fflur, near the present family-run farm named The Old Abbey (Yr Hen Fynachlog).

S.M. Powell, who died in 1950 was a native of Rhydlewis and a descendant of Henry Richard, Tregaron (M.P. for Merthyr Tydfil) and the Rev. Ebenezer Morris. In 1937, he was appointed headmaster of Tregaron County School, a post which he held until his retirement in 1945. He was one of the pioneers of the Welsh drama movement and a collaborator in producing ‘Y Troubadwr’, ‘Dafydd ap Gwilym’ and ‘Llongau Madog’. He was also an active member of the Cardiganshire Antiquarian Society and its Executive Committee. In 1926, he addressed a meeting of the Society on antiquarian remains in the Caron-is-clawdd parish (Tregaron) and in 1930 he read another paper at Strata Florida on ‘Pilgrim routes to the Abbey.’ In 1935, he delivered a paper on ‘The Vestry Book of Caron Lower’  and again in 1938 he addressed a meeting of the Society at Castell Flemish  on Sam Helen and followed it with an inspection tour of the area.

The present article examines old and new sources of evidence relating to the above suggestions by S. M. Powell. Although, some of this evidence may be somewhat tenuous, the lack of reliable written testaments justifies considering and recording even the faintest of information. The following submissions are considered :

Much of the evidence presented is based on traditional beliefs, place names and local landmarks thought to have some historical significance. As indicated before, this kind of testimony lacks the authority of that drawn from documents, but in the absence of reliable written records, it is worth exploring. 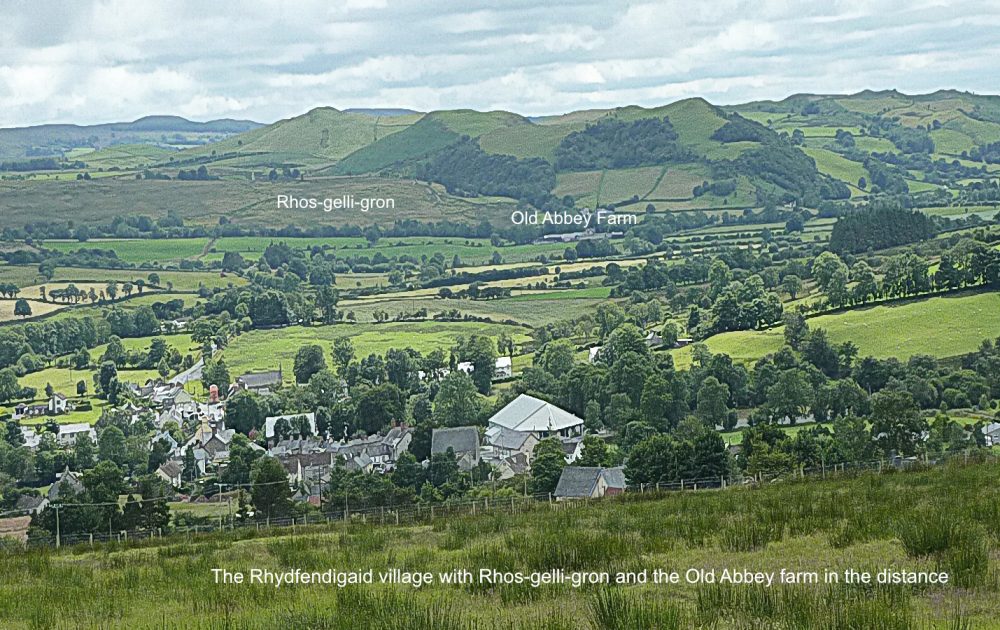 Robert fitz Stephen, a powerful Anglo-Norman baron and constable of Cardigan Castle, is credited with founding Ystrad Fflur in 1164. The original site was close to the Old Abbey farm on the banks of a small stream called Fflur, from which Ystrad Fflur derived its name.

Very little is known about this site. What is certain, however, is that a colony of Cistercian monks (under the patronage of Robert fitz Stephen) arrived here from Whitland Abbey in the summer of 1164 to found a daughter house [3]. Presumably, their intention was to establish a permanent settlement on the banks of the Fflur, but their initial plans and ambitions (and those of their patron Robert fitz Stephen) were short-lived.

In 1165, Rhys ap Gruffydd, (also known as The Lord Rhys) seized all Norman holdings in Ceredigion, effectively re-establishing the old kingdom of Deheubarth, once ruled by his grandfather Rhys ap Tewdwr. Cardigan castle was captured, and with Robert fitz Stephen imprisoned, Rhys ap Gruffydd assumed patronage of the young Cistercian colony. His intervention, effectively, ensured the long-term future of the abbey, and he is often regarded as the real founder of Ystrad Fflur.

Reputed to be wise, cultured and shrewd, Rhys ap Gruffydd was well aware of the benefits that the Cistercians brought to areas where they settled. Typically, the patrons and benefactors of the Cistercians [4] :

. . . provided the resources to allow the monks to live a life of prayer, manual labour, and lectio divina according to the Rule of St Benedict. The Cistercians provided the laity with spiritual services, but also with places to stay on their travels, places to be buried, places for their sons to take their vows, places in which significant political ceremonies could be acted out, and places which reinforced the princes’ own secular, territorial and local power.

Rhys ap Gruffydd was, also, a visionary, and he possessed the energy and the determination to achieve his goals. Following his victory over the Normans, he applied himself to re-invigorating his new kingdom ; he built castles to strengthen his existing military might and used his power of patronage to augment his political authority and territorial management. More than likely, he was anxious, from the very outset, to encourage and support the infant Cistercian community, being mindful of what they could do to further his progressive ambitions.

It is highly likely that Rhys ap Gruffydd wasted little time in outlining his intentions for Ystrad Fflur. Doubtless, personal pride alone was incentive enough for him to make it known, early on, that his plans for the abbey were much more ambitious than those of his predecessor, Robert fitz Stephen.  The founding colony must have soon realized that the existing site (situated between two small streams, the Gorphen and the Fflur) was hopelessly inadequate to accommodate their new patron’s ambitions ; finding a new location must have been an early priority

Eventually, the Cistercians settled on a spot two miles north-east of the original site, where the remains of Ystrad Fflur stand to-day. The old name (Ystrad Fflur) was retained, despite the fact that the new site was some distance away from the Fflur, straddled between two more substantial rivers, the Teifi and the Glasffrwd. 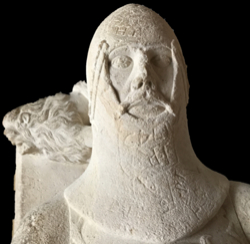 Rhys ap Gruffydd was the ruler of the kingdom of Deheubarth in south Wales from 1155 to 1197. Today, he is commonly known as The Lord Rhys, in Welsh Yr Arglwydd Rhys.

Who gave the village its name?