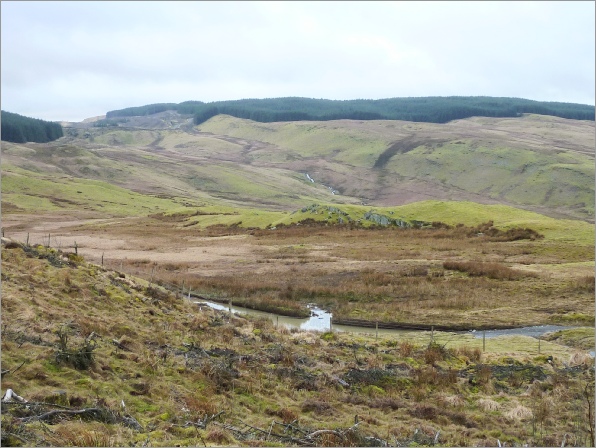 An unnamed source and ‘Correspondent’

Died January 1st 1876, Mary Williams, late of Pant-y-carnau near Pontrhydfendigaid, at the advanced age of 103. She was the mother of twenty-one children by the same husband. She visited the writer of these lines when she was ninety-six years of age, and desired him to take a memorandum of her early career. She was the eldest daughter of Harry Morgan, of Dolfawr farm, near Crosswood. About twenty years of age (deunaw medd rhai) she married David Williams, a farm servant, against her father’s consent. She lived for many years in the parish of Lledrod, and from there they moved to Pant-y-carnau, near Pontrhydfendigaid. While her husband was with his companions at the reaping harvest in Herefordshire, she went with her youngest child in her arms, to Ystrad Teulo, near Llanrhystyd, for some barley, as there was no shop neither a storehouse for provision in her neighbourhood. She purchased two measures of barley at that farm, for 10s per bushel, and she carried the barley on her back to Mr David Morgan, miller, Pontrhydfendigaid, and without any rest on the road, a distance of fifteen miles, and the child in her arms. She mentioned many other of her feats, and of them I will only mention one. The overseer of her parish desired her to take one of the children, which was very unwell down to the Aberystwyth Infirmary (she called it ‘Spencery’) where she remained for a week. One of the officers desired her one morning to leave the Infirmary, as the child was much better. She started from Aberystwyth at 10 a.m., with the child (aged three years), and she had also an infant about twelve months. She carried one on her back and the other  in her arms as far as Pantyfedwen, without any rest on the road, and completed the journey in four hours . . .  She was the mother of twenty-one children, grandmother of eighty-five, and great grandmother to twenty-one. She never made use of tea and coffee and foreign provisions, only part-taking of milk, and broth of all kinds, and she smoked a good lot of tobacco in her time. Old Mary Williams was baptised in the River Teifi, by the late eminent minister, the Rev Robert Roberts, Pontrhydfendigaid and Swyddffynnon, when she was about twenty-seven years of age.

Mrs Williams had lived for many years past at Pantyfedwen (mwy na thebyg mai yn un o’r adeiladau oedd yn gysylltiedig a’r prif adeilad), the property of Mr J.Maurice Davies, of Antaron, Aberystwyth, having been attached to Mrs Davies’ family since her childhood. 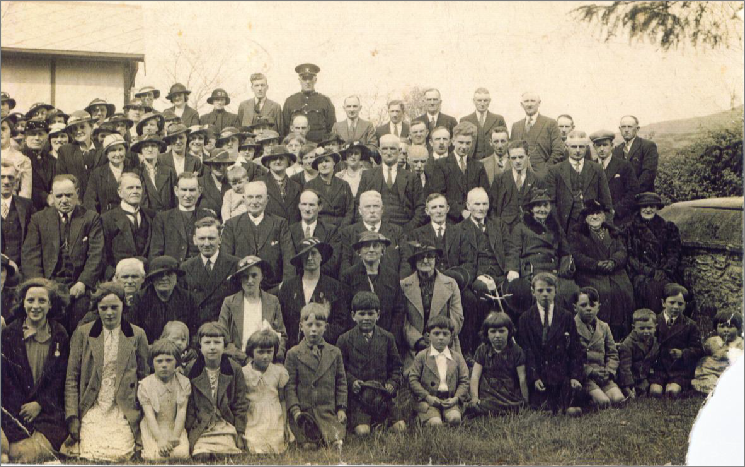 Click button to return to the top of the page and to the navigation bar.