Elenydd and the Cambrian Mountains.

Extracts about the people who lived and worked on Elenydd 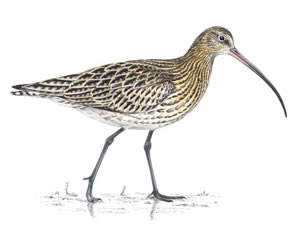 A sheep-walk belonging to the Great Abbey Farm

Elenydd is the largest and the most remote area in the Cambrian Mountains. The east side of the range runs down into the Wye valley and the English speaking Boarder counties. In contrast, the west facing hills extend out gently into the Welsh speaking heartland of Ceredigion. It is on this side of Elenydd that the village of Pontrhydfendigaid stands – in  the foothills, near to the source of the river Teifi and the remains of the celebrated abbey of Strata Florida.

In times gone by, life in this tiny sheltered corner of Ceredigion was inextricably bound and moulded by the closeness of Elenydd’s wild expansive landscape. For centuries, the local inhabitants clung doggedly to  long-established traditions, customs and  beliefs ; outside events had but little effect on their everyday existence. H.V. Morton in his book, In Search of Wales (1932), claims that :

“Mountains are the barriers against change. Wherever there are mountains you will find old memories, old beliefs, old habits, and unaltered ways.”

Indeed, when those words were written, change in this small Elenydd enclave was slow and continuous and the past was still a reliable guide to the future. The social structure was essentially long-standing, and was, largely, shaped by the seasonal demands of local agriculture. In essence and spirit, the community was physically and emotionally removed from the rest of the country.

However, following the end of World War II, advances in science and technology led, inevitably, to a gradual breakdown in the old established social order. Mountains were no longer a barrier to change and life in this  litltle secluded hamlet was transformed for ever. It ceased to be remote and insulated, and bit by bit it became totally absorbed into the wider community – it was the end of generations of geographical and cutural isolationism. Elenydd itself is no longer ‘off-the beaten-track’ and is fast becoming a play-gound for ‘outsiders’ most of whom have little empathy with the past or any regard for the peace and tranquility that was once a natural attribute of these hills. 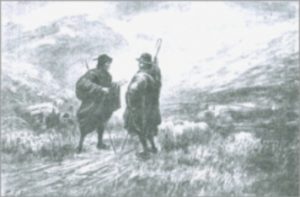 The history of Pontrhydfendigaid is closely interwoven with that of Elenydd and with the people who lived and worked on Elenydd’s isolated  moorlands. Before the post-war changes, there were about nine settlements ‘above’ Pontrhydfendigaid [1] which were traditionally considered to be part of (or at least to have very close links with) the village. More often than not, the inhabitants (sheep farmers and shepherds) had their roots in the village and, invariably, had  parents and/or close relatives still living there.

The typical home for a sheperding family on Elenydd comprised a house (tŷ byw), a few outbuildings (tai allan) and one or two adjacent fields set in a vast tract of an unenclosed moorland sheep-walk. These settlements were referred to, locally, as ‘ffermydd mynydd’ (mountain farms) and the people living there as ‘pobl mynydd’ (mountain people). All have now long gone and their homes are no longer inhabited.

Life on these mountain farms in the early part of the last century (I.e. within living memory) has been ably described by many authors [2]. Hugh Jones in his book entitled ‘Bugail Olaf y Cwm’ (The Last Shepherd of the Valley) recalls how:

Sixty years ago the Tywi Valley, high above Tregaron, was a thriving community of sheep farmers. Seven farms maintained over two dozen people, and thousands of sheep grazed the mountain slopes.

It is not intended here to add in anyway to what has already been written about life on these farms during that particular period  Neither is there any intention to include any in-depth scholarly work relating to Elenydd and/or its shepherding families. The following web-pages are basically stories and tales about “elenydd-people” in  the 18th and 19th  centuries. They are of interest because they give an insight to life in this remote and inhospitable mountainous region (and, also, the villages situated in the foothills) during that time.

Click button to return to the top of the page and to the navigation bar.