George Eyre Evans (1857-1939) was a Unitarian minister and antiquarian [1]. He was educated at Queen Elizabeth Grammar School, the academy kept by Gwilym Thomas (Gwilym Marles) at Landysul and, also, at Liverpool University. For some years he was minister of the Church of the Saviour at Whitchurch, Salop, and later devoted many years of his life without pay to the service of the Unitarian chapel at Aberystwyth. But he was, above all, a historian and an antiquary. For eighteen years he was employed to do research for the Royal Commision on Ancient Monuments in Wales and Monmouthshire and for thirty years he was secretary of the Carmarthenshire Antiquarian Society. His publications include a long list of books and articles and it is claimed that his best and most important contributions was to local history. In 1919 he was elected a member of the Court of Governors of the University College of Wales, Aberystwyth, and two years later on to the Council of the National Museum of Wales, Cardiff, and in 1924 on to the Council of the National Library of Wales, Aberystwyth. His services to the town and county of Carmarthen were recognised in 1937 (two years before his death) when he was received  as a Freeman of the Ancient Borough of Carmarthen.

George Eyre Evans was a regular visitor to Strata Florida; he had friends living locally and was, generally, familiar with the area. His book, however, contains little about the Abbey and its history, but quite a bit about his impressions of the surrounding district. Referring to Pontrhydfendigaid, he said the village

. . . was formerly called Pentre Rhyd Fendigaid, (and) stands partly in the parish of Tregaron, and partly in the parish of Gwnnws, in the hundred of Ilar. The name, says Principal Rhys [2], in his CELTIC FOLKLORE means the bridge of the Blessed Ford, but how the ford became so called I know not…The little village is a typical Cardiganshire one – a stone bridge, houses thatched or tiled, shops, good water supply, accommodation for man or beast at divers (many) hostelries, two chapels and now a new church, to serve some of the villagers and so save their walking about one mile down ‘Barbed Wire Road’ – to use the name given it recently by a resident – to the old Abbey Church. Should the visitor choose to reach the village by train, then he alights at Strata Florida Station, on the Manchester and Miford Railway, which is a mile and a half away . . . For an ideal week-end resting place, this is the very spot; quiet, reposeful amidst the hills, and in charges most moderate. Apart from the charm of the place in itself, the world-wide fame of all that now remains of Strata Florida Abbey brings many an antiquary and intelligent visitor hith.

For the visitors to the area, he suggests two walks which none should miss – to Pant-y-fedwen through Glasffrwd Vale and up the mountains to Teify lakes, source of the salmon noted River Teify. He includes details of these walks which are worth reading.

. . . turn sharp to the right at the gate of the Abbey Church and follow the lane as it wends its way up the valley, with Glasffrwd, i.e. Blue Brook – babbling over its rocky course, on the right. Here you are at once in the heart of the country:-

Alone with the Alone

sky, water, mountains, trees, rocks, and birds. The monks new well the value of this spot, here were – nay, still are – their wells of healing waters, – iron, sulphur, chalybeate – used with benefit by the natives to-day. What more truly romantic spot can be imagined or desired than that round ‘Ffynnon dyffryn tawel’ the ‘Well of the silent grove’? 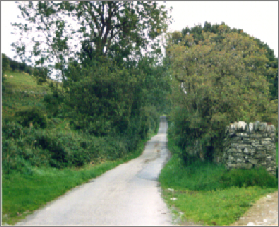 The current road from Ystrad Fflur to Pantyfedwen

Here almost at the entrance to the cherry tree avenue of Pant y fedwen (Birch grove ) cool waters still bubble forth, much as they did when pilgrims to the Abbey slacked their thirst at its welcome brink. Passing under the cherry trees, laden with sweet blossom, I realised, as perhaps never before, the true meaning of Tennyson’s line ;-         And murmuring of innumerable bees.

Pant-y-fedwen is an old homestead, a former residence of the Powells of Nanteos, and on all sides remain traces of the taste displayed in its surroundings – the avenue, the masses of rhododendron bushes, the circular eel pond, the quaint stabling – which tell of past days.

The walk to Teify lakes is one never to be forgotten by those fortunate enough to take it. The principal one is Llyn Teify, or Teify pool, away on the mountain top, between three and four miles to the north east of Strata Florida. On this mountain top are five lakes, of which Teify is the principal. Its circumference may probably be about a mile and a half. It is said not to have been fathomed, and is encompassed by a high and perpendicular ridge which at once feeds and confines its everlasting waters. Meyrick [3] says that it has been thought by some to have been a crater, but the stones, with which the margins of all the lakes abound, and none so much as Llyn Teify bear no volcanic appearance. 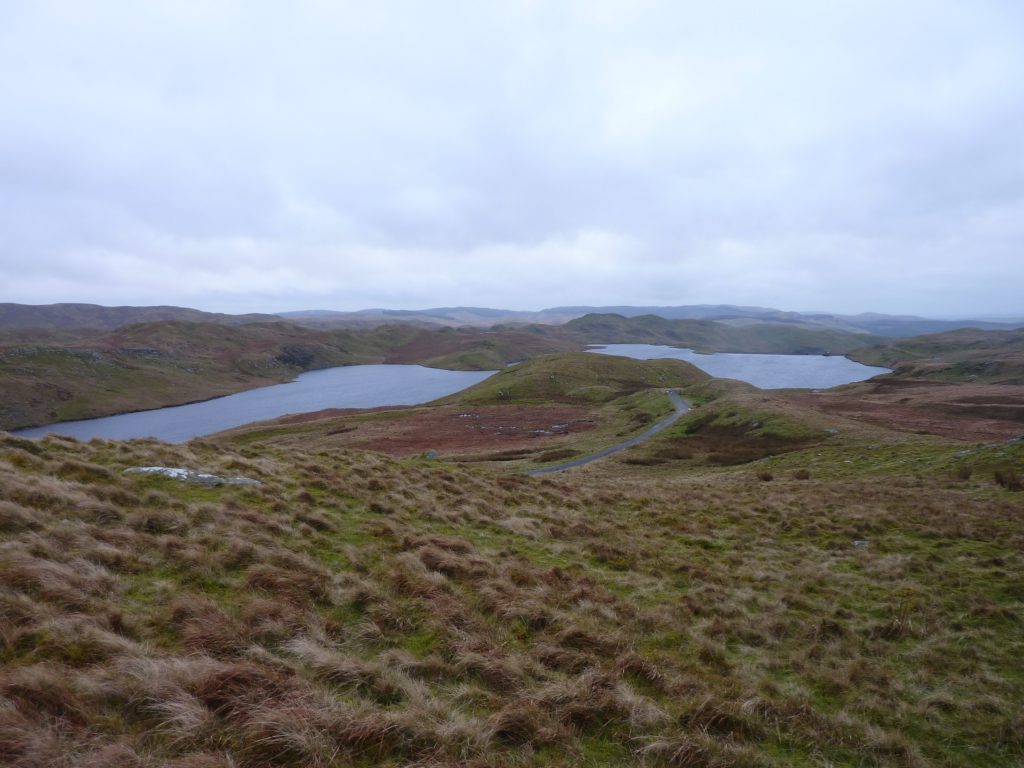