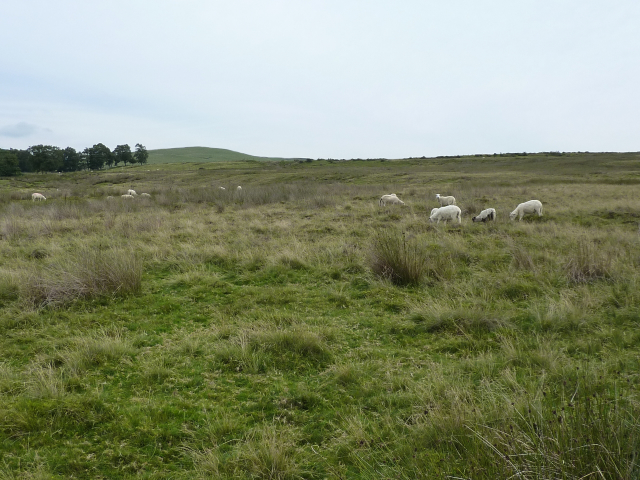 Despite the lack of rigorous documentary proof, tradition has it that the Cistercians from Whitland Abbey  were not the first to colonize the old abbey site, and there is some convincing long-held local lore suggesting that a modest but permanent monastry (the very original Ystrad Fflur) stood near the present Old Abbey farm prior to 1164.  Stephen Williams, whose work on the history and architecture of Ystrad Fflur is widely acknowledged, claimed that Rhys ap Tewdwr founded an old monastery for monks of some order on the banks of  the Fflur sometime during his reign as king of the Deheubarth from to 1078 – 1093 [1]. He believed the place must have been, at one time, the site of a significant religious house, although it could not be compared, he said, in size or splendour with its successor near the Teifi and the Glasffrwd. However, he added that:

. . . the application of the title ‘Ystrad Fflur’ to a building not on the Fflur implies the existence of an earlier building of which it was the recognised successor.

He also suggested that the Whitland colony took advantage of an old abbey which was :

. . . in a ruinous condition owing to  the long-continued wars in which the country had been engaged in . . . since Rhys ap Tewdwr’s death, and that . . . the Cluniac monastery as it was called by Camden, became merged in the new foundation for the Cistercian order in 1164 .

Certainly, it was not unknown at the time for some extant monasteries to become established Cistercian houses.

The name Pontrhydfendigaid has been shown to date back to the old abbey of Ystrad Fflur sited on the banks of the Fflur [2]. This is also true, so it seems, for  a neighbouring village ; according to local belief, Ffair-Rhos obtained its name from Rhos-gelli-gron, an extensive piece of moorland adjacent to the present  Old Abbey farm.

T Jones Pierce and others have written about the Ffair-Rhos fairs and how they were originally established by the monks of Ystrad Fflur [3] :

Periodic fairs were established within the lands of Strata Florida, and on a site not so very far from the Abbey buildings . . . these were conducted on a piece of waste ground in the grange of Mevenydd, and they continued to be well known until quite recently as the cattle and horse fairs of ‘Ffair Rhos’ . . . the monastic tenants of Mevenydd derived much profit from these gatherings attended by traders in wool and other commodities . . . The fairs were, of course, a source of profit to the monks as well, who kept a toll-house in Mevenydd where tolls were levied on all merchandise  intended for sale. During the later middle ages, when the domestic pilgrimage was in its prime, visitors to the abbey would no doubt wish to have their visits coincide with the occasion of one or other of these fairs.

It is impossible to know what sort of a settlement pattern prevailed in the Ffair Rhos area in the early years following the foundation of Ystrad Fflur – perhaps, a few monastic tenants but it is highly unlikely that there was a village (or scattered village) called Ffair-Rhos. Local fairs were, probably, well established before any recognisable settlement took shape, and for the area to be named Ffair-Rhos. 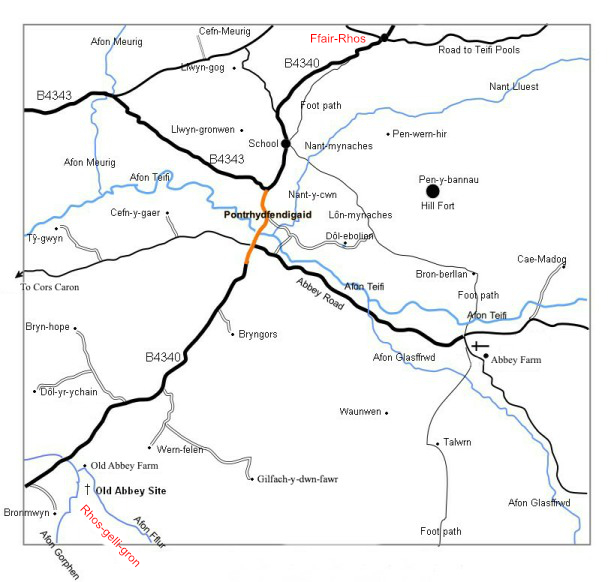 The Dictionary of Welsh place-names [4] refers to a few historical versions of Ffair Rhos – Rose feyre, Rosseffayres and Rossefaire – that date back to the sixteenth century. However, pinning down exactly when the region, first became a village or  scattered community known by its present name (or anything resembling it), would be a very difficult task. The aim of this web page is simply to record the traditional story relating to the origin of the Ffair Rhos fairs, and their connection with the old abbey on the banks of the Fflur.

It is generally accepted that the Ffair-Rhos fairs were started by the monks of Ystrad Fflur, but according to a long-standing, local tradition there were earlier fairs held at a place roughly three miles south of Ffair Rhos, near the Old Abbey farm (see map). S. M. Powell recounted in an article in the Transactions of the Cardiganshire Antiquarian Society [5] a discussion he had in the 1920s with his friend Dr J. T. Lloyd of Tregaron [6]. Dr Lloyd could recall being told by his grandfather, Mr John Lloyd, Penlan, Swyddffynnon, that Ffair-Rhos obtained its name from Rhos-gelli-gron, an extensive piece of open moorland close to ‘Yr Hen Fynachlog’. And according to local tradition, it was on these moors that the original fairs were held and named Ffeiriau’r Rhos for obvious reasons. 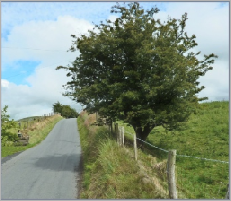 The road leading from Llidiart y Ffair (the gate to the fair) to Ffair Rhos square (one time, an important north to south and west to east trade routes)

Ffeiriau’r Rhos would have been well established attracting traders and travellers from far and wide. No doubt they were moved :

Fairs were an important part of the monastic economy, and marketing must have been given serious consideration before re-location. Certainly, it made sense to retain the original name – an established name, well-known to livestock dealers and traders of other products associated with the abbey.