The 18th and 19th Century Travel-Writers

What they said about Pontrhydfendigaid

The 18th and 19th Century Travel-Writers

From about the mid 18th century, the number of travellers visiting Wales for pleasure began to increase steadily. Most of the early tourist – late 18th and early 19th century – were English Gentry, woefully ignorant of Wales and its people. They wrote detailed accounts of their journeys which they, later, published as books. The latter were, basically, tourist-guides aimed at the would-be sightseers of that period – mainly  highborn people who could afford the luxury of travel.

Ystrad Fflur or Strata Florida Abbey with its distinguished history and its association with Dafydd ap Gwilym, was a ‘must-visit-place’ for all tourists with an interest in antiquities. background. Dafydd ap Geilym may have may have received some of  his  education at the Abbey of Strata Florida and there is a strong tradition that his grave is under one of the yew trees in thelocal cemetry. The main evidence for that tradition is a poem by his fellow-bard Gruffudd Gryg addressed to the yew tree, and it must be borne in mind that the poets of that period were in the habit of singing mock-elegies when the subject was still alive. Another place which lays claim to Dafydd’s grave, although on much weaker grounds, is Talley Abbey in Carmarthenshire. 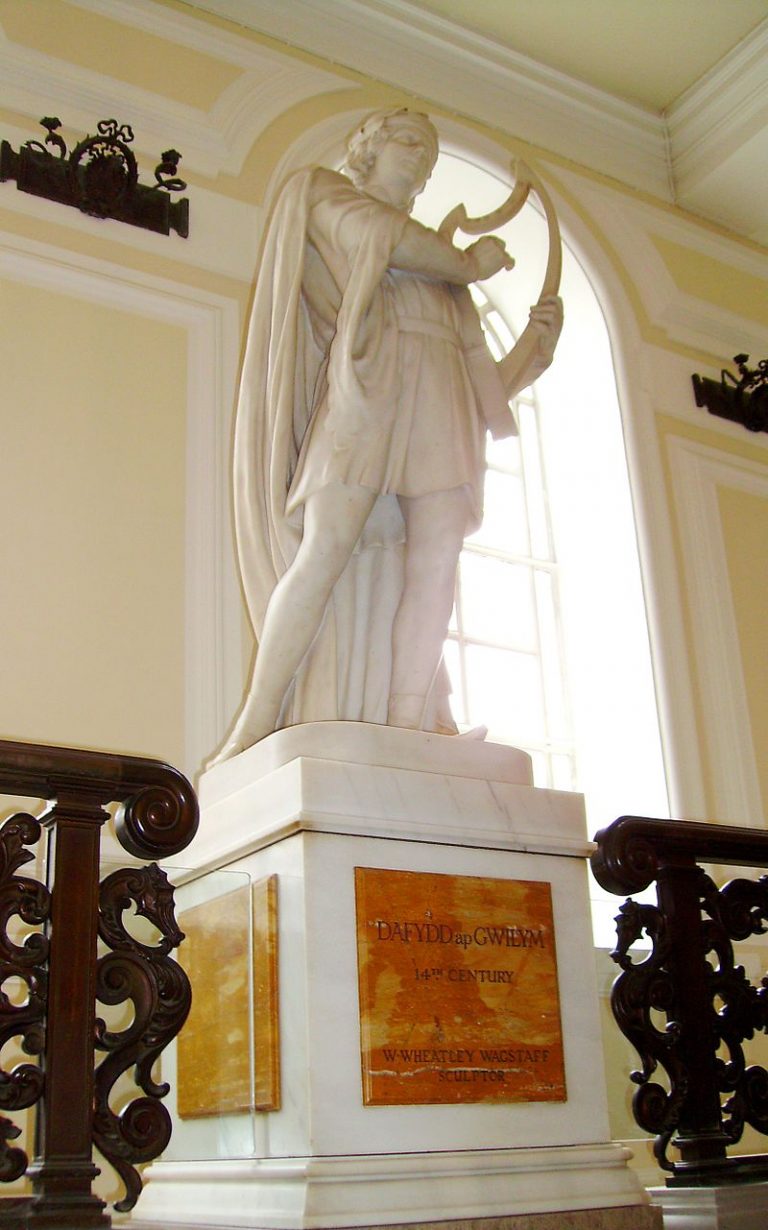 Sculpture of Dafydd ap Gwilym by W.Wheatley Wagstaff at the CIty Hall Cardiff

For these people, it meant a journey through or near Pontrhydfendigaid, and some wrote briefly about the village including, in some cases, the local accommodation and the state of the roads. Others referred to such things as the surrounding landscape and local customs. While much of what was written was casual and superficial, it is still worth reading. It gives some indication of what life was like in this corner of Cardiganshire, and how it was perceived by ‘outside observers’ – coming from a vastly different culture and