The Carmarthen Journal’s initial account of the actual murder is short, but revealing :

The circumstances attending this murder are truly horrid; they having first beaten him with bludgeons, and afterwards returned and brutally ham strung the unfortunate man, who was, at the same time, begging for mercy; not satisfied with this, John Evans, who wore sharp pointed shoes, plated with iron, kicked him in the forehead, by which he fractured the skull; and, with the assistance of Price, threw him over a hedge.

The day after the murder, all three accused were taken to Cardigan jail where they remained until the trial on the 5th of April. On that day, Evan Evans was found not guilty, Thomas Price guilty, and John Evans guilty of aiding and abetting Thomas Price. Both were sentenced to death by hanging.

Under the Murder Act, 1752 a person convicted of murder was to be hanged within 48 hours, unless that was a Sunday, in which case the execution had to be carried out on the following Monday (Easter Monday in this instance). Thomas Price and John Evans were executed on 8th April in front of the prison at Cardigan, and this event was described in some detail by the Carmarthen Journal :

The gallows being very narrow, it was deemed impractical to execute them at the same time. Price was in consequence brought out first; he appeared perfectly resigned to his fate, and walked with a firm steady step; he ascended the ladder with seeming alacrity, and was anxious for the moment to arrive which would put a period to his sufferings in this world, scarcely allowing the executioner sufficient time to fasten the rope, before he stepped off the ladder; thus launching himself into eternity. After hanging the usual time, he was cut down, and carried back into the Goal. After some minutes had elapsed, Evans was brought out; he was less firm than Price, and appeared in an agony of despair; and with trembling step ascended the fatal ladder; his groans until he was turned off, were truly distressing. He was a fine young man, and had just attained his 18 year, with a very prepossessing countenance. Price was a strong athletic man, about 6 feet high, and was but 30 years of age.

Two other accounts, in the Cambrian and Seren Gomer, were very much the same except, of course, the Seren Gomer’s report was in Welsh.

Executions attracted large crowds. The whole spectacle of hanging and dissecting bodies was public ; the Murder Act of 1752, dictated  that “for better preventing the horrid crime of murder“, those found guilty and hanged should then be delivered to the surgeons to be “dissected and anatomized” or hung in chains. It was argued that by increasing the terror and the shame of the death penalty, this would increase the deterrent power of capital punishment. The Anatomy Act, ending the dissection of murders, did not come into force until 1832.

There were probably thousands of people at Cardigan on that Easter Monday, and the place must have had a carnival atmosphere with street performers and traders everywhere. Beer sellers would have had a ‘good day’. In 1858, a crowd of 25,000 gathered early morning on the sands in Swansea to watch two Greek sailors being hung [1], so an estimate of a few thousand spectators at Cardigan is quite conservative. A public hanging was a not-to-be-missed event for the ballad-writers (come singers). Here was a huge, ready-made audience for them to canvass and to sing their rendering of the crime and the behaviour of the condemned. These ballad writers would sell printed versions of the their ‘artistic portrayals’ and peddlers would also cash in by offering copies for sale throughout the country.

According to Sir Ben Bowen Thomas [2],  printed  ‘hanging-ballads’ were the most popular type in Wales, and were often re-published several times for selling at fairs, pubs and other public gatherings, without any regard for copyright. 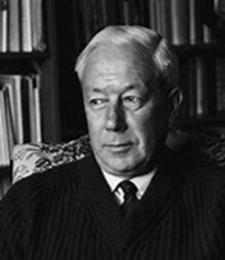 A couple of ballads were written about the ‘Bont Murder’. Stephen Jones from Aberystwyth [3] wrote one, called Cân Alarus, and the other was by John James of Llandysul [4].  Both followed a well established style – a short  introduction in prose, followed by a string of verses. The first two or three verses were essentially a call, or a plea for people to stop and to listen to what they, the balladeers had to say. Obviously, the main part of the ballad was about the murder, the execution and the dissection, but a few final verses were reserved for another plea – to all  fellow citizens to learn from the experience of others, and to follow the acknowledged ‘paths of righteousness’. The newspaper industry in Wales was in its infancy in 1822 while the practice of ballad-writing was well established. As a consequence, the ballads are much more informative and revealing.

A ballad by Stephen Jones

According to Stephen Jones, Thomas Price and John Evans were really ‘up for it’ when they set out to meet Twm y Gof, on that fateful night in December, 1821. Thomas Evans, he claims, was on his way home after picking up medicine for his sick child :

I gyfarfod Thomas Evans a ‘i fwrddro yn y fan,

Stephen Jones insists that Thomas Price had said many times that he would kill Twm y Gof. This was contrary to Price’s confession in court ; he placed all the blame on his father-in-law. However, Price was not averse to lying, if it suited him, and there was no hard evidence to support his accusation. By his own admission, he was a liar having given, on oath, false testimony against Twm y Gof some twelve months earlier. Stephen Jones was sure that he, Price, was the main instigator in this instance :

Much of Stephen Jones’ ballad is concerned with the young John Evans and his anguish and tormented mind after being convicted and sentenced :

One verse refers to the predicament of Thomas Price’ wife, Mary Price – she had been married for just four months and was now left to bring up a young child on her own :

Apparently, her health suffered following the loss of her husband, but she did recover and the Parish Register [5] showed that a Mary Price of Bont Village lived to a ripe old age of 87

A ballad by John James

A ballad by John James of Llandysul was a little bit more explicit. In its description of the murder. John James said that Thomas Price and John Evans used sticks to beat their victim to death. The Great Sessions records said the weapons employed were iron bars, but both men insisted to the end that that was not so. While Price may have played the leading part in this incident, it was the adolescent, the teenager John Evans, who committed the most shocking acts. He used a knife to cut the dying man’s tendons and he was the one that kicked Thomas Evans in the head with metal plated boots, and literally fracturing and smashing his skull :

While Stephen Jones refers to the dead bodies being shredded, John James of Llandysul, was a little less inhibited. In his version of the dissection process, he refers to doctors slitting the bodies – an act, he emphasized, designed to warn people of the consequence of committing a capital crime :

One verse, in particular, was quite graphic :

Both ballads conclude by  exhorting the  nation to take heed, and be warned of what would happen if they ‘violated the laws of God and man’ :