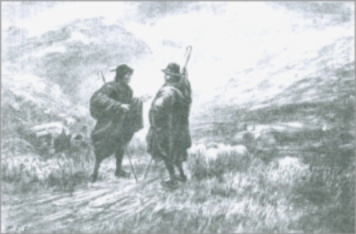 Quarrels, such as the one which took place between Rhys Williams and Hugh Jones on Llanerch-yrfa in 1875, (see page 2) never really progressed to court but, surprisingly, this one did. Why? The punishment which was meted out by the court was also at variance with the actual offence. Why?

Who was Hugh Jones?

Why did he take Rhys Williams to court?

The decision to proceed through the courts (even in the late 1800s) was largely an individual responsibility, and it was up to the victim of the crime to initiate the legal process. Accusing somebody of assault and prosecuting that person was a costly business and ordinary people, normally, thought long and hard before committing themselves to legal action.

Could it be that Hugh Jones was being encouraged and backed by others?     But who?

Hugh Jones must have been confident of the outcome to proceed with what seems, at first glance, to be a risky case ― after all, there were no eye-witnesses, and Rhys Williams could point to injuries which he, himself, had suffered at the hands of his accuser (the County Times reported that the defendant’s left hand bore severe marks as of biting). The evidence against Rhys Williams was far from convincing. Did he pull out a knife as alleged? He certainly did not use it. There was no evidence to suggest that he was carrying any really threatening weapon. On the contrary,. Hugh Jones, had a stick which Rhys Williams must have snatched from him  after being tripped :

The knife he put back into his pocket  . . . and I tripped him up. When the defendant got up he struck me down with my stick.

It could be argued that it was Hugh Jones who was the original aggressor (he tripped Rhys Williams, and he was the one carrying the stick) – there was nobody there to say who started things off and who was, initially, defending himself.

More revealing, perhaps, was Hugh Jones’ statement at the trial ― that he worked for Mr E.D. Thomas, Wellfield and Mr R.M. Hope of Pentwyn and that  on the 24th May he saw :

. . .  Rees Williams driving some sheep that I look after. I went to meet him, and asked him where he was going to take them.

It is reasonable to assume that, the sheep belonged to Mr E.D. Thomas and/or Mr Mr R.M. Hope. Mr E.D. Thomas was, in fact, Mr Edward David Thomas who was living at Wellfield House in the parish of Llanelwedd, one of the principal ‘gentleman-residence’ in Radnorshire. He was the descendant of a distinguished local family and, as befitting a gentleman of his time, he was educated at Oxford and was a  J.P. for the counties of Radnorshire and Breconshire.  It is highly likely that Nant-yr-hwch was part of the Wellfield estate.

Wellfield House, erected in 1787, by David Thomas, Esq., of London, descended from a branch of the family of Thomas of Llwyn Madoc . . . and now the property of his nephew, Edward Thomas, Esq., is a spacious and handsome mansion, with a portico of the Tuscan order, finely situated on a lofty eminence, and embosomed in flourishing plantations . . . The grounds are pleasingly ornamented with shubberies and walks, and command an extensive and richly varied prospect, embracing a fine view of the rivers Wye and Irvon winding through their respective vales . . . From the summit of an eminence on this estate is one of the most extensive and magnificent panoramic views in any part of the principality [13] 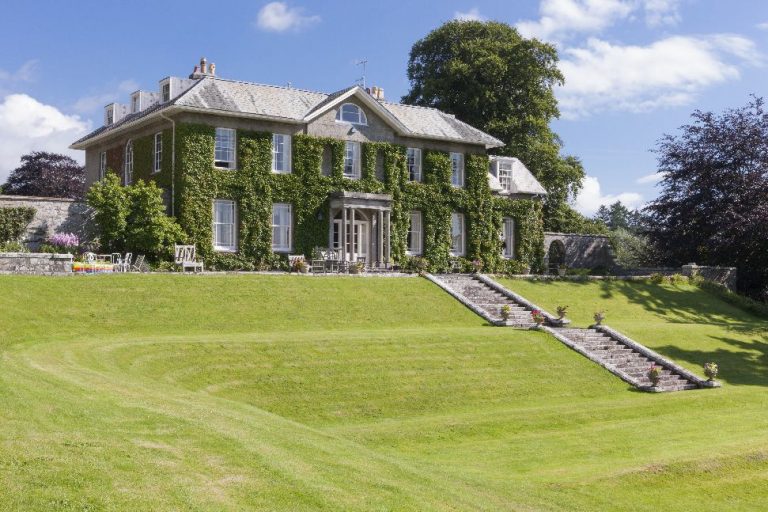 Mr R.M. Hope, on the other hand, was a local land-owner ― the proprietor of Pentwyn, a substantial farm of about 500 acres close to Abergwesyn and with land bordering Nanstalwen’s sheep walks. He probably owned enough land to support a comfortable lifestyle, but in status he would have been one step down from the ‘landed gentry’ (e.g. Mr E.D. Thomas). Nevertheless, he would have been a very prominent person within his parish and, probably, throughout the county.

It is certain that Nantstalwen and Pentwyn, were locked in a long-running dispute over boundaries, Other farmers (within the parish of Llanfihangel Abergwesyn) may, also, have been at odds with Nantsatalwen, and it is more than likely that a few of them were tenants of Mr E.D. Thomas.

Admittedly, some of this is conjecture, but it is almost certain that Hugh Jones was being supported by influential and powerful people ― people who had a strong personal interest in the age-old rights to grazing on the hill-sides bordering the river Irfon. With about four out of five magistrates in rural counties  coming from noble and gentry families, the outcome of the court proceedings was not unexpected ― Rhys Williams was sent to a House of Correction (the Brecon goal)  for two months with hard labour and ordered  to pay £3 10s costs. THe Chairman said :

. . . the Bench was unanimous in sending defendant to goal for two months with hard labour, and to pay £3 10s costs

The influence of people such as E.D. Thomas and R.M. Hope on this court case must have been considerable. Judging by the punishment meted out to Rhys Williams, the Bench was highly partisan ; the sentence was extremely harsh in comparison with that given to another man who was found guilty of a similar offence, in the same court, on the same day [14] :

At the same session another case of brutality was heard in which William Powell, farmer, Maesllech, Garth, was charged by George Cairns, gamekeeper, of Llwynmadoc, with assaulting him in a brutal manner on the 7th June last, near Garth Inn . . . George Cairns stated that defendant began to quarrel with him when on the road, about 40 yards from Garth. Complainant then walked on in front and got over the hedge. As defendant and his friends came up, complainant  heard defendant cursing him. Complainant then called out “Leave me alone”. Defendant ran up to him and knocked him down. He got up, and defendant knocked him down again. He was stunned, and when he came to himself he found defendant’s hand in his mouth,  trying to tear his lips. He pulled away, but he tore complainant’s lips very badly with his nails. Complainant had two black eyes. Defendant was fined £5, including costs.

Interestingly, Rhys Williams was represented in court by a Brecon solicitor named Mr William T.B. Bishop whose ‘multiple names’ suggest that he was not a poor man’s lawyer.  The hiring of such a person in this instance is intriguing.  In the early 1870s, two thirds of the poorest people who appeared in the courts, as prosecutors or defendants, made no use of legal representatives.  Rhys Williams may not have been penniless or destitute, but it’s likely that Mr Bishop’s services would have been beyond his means. Maybe, John Jones played some part in hiring Mr Bishop – after all Rhys Williams was, supposedly, protecting Nantstalwen land. However, judging from the sentencing, it seems that Mr Bishop’s presence in court had no effect on the final outcome.

To read about Rhys Williams’ time in Brecon prison, click here or Page 4 below